EDH075: Sowing The Seeds Of A Worthless Tomorrow CD 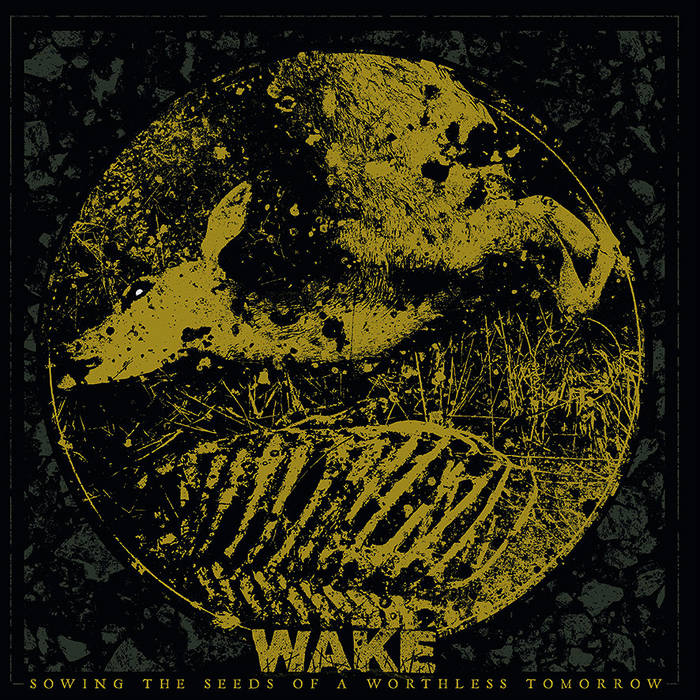 When it comes to grindcore, few bands these days can top the overwhelming barrage of wrath and aggression unloaded on the listener and or spectator by Calgary’s WAKE. In a career spanning mere seven years, this Canadian unit of aural assassins have brought terror and war to crowds all over the northern hemisphere, destroying venues across Europe and North America on multiple occasions and establishing themselves as an infamous and unstoppable killing machine in live performances. The band has made such a name for themselves in the North American underground that they have been invited on multiple occasions to play big events like Maryland Deathfest and tour Europe on multiple occasions. In this sense the band’s name seems to match perfectly with their nature within the live environment: leave nothing standing - leave everything in an endless wake of terror and destruction. But WAKE is far from being only and aural cataclysm restricted to the live environment, quite the opposite, as the band has released a string of albums and splits that speak for themselves, and are just another horrifying statement of the violence and sheer aggression which nests inside the soul of this band.

Engineered, Recorded and Mixed by Joel Grind at Falcon Studios.
Mastered by Brad Boatright at Audiosiege.
Art and Layout by Hal Rotting.